Investment Highlights
Location: The Property is located in the Raleigh-Durham Research Triangle of North Carolina. Anchored by Duke University, The University of North Carolina at Chapel Hill, and North Carolina State University, the Research Triangle comprises 7,000 acres, is home to over 260 companies such as IBM Corporation, Cisco Systems, Inc. and Credit Suisse, and employs approximately 48,000 skilled workers.
Achievable Post-Renovation Rents: In-place rents are trailing the submarket by approximately 15% per Axiometrics, and post renovated rents are still marginally below average submarket rents.
Demographics: The Raleigh-Durham Research Triangle Park micromarket boasts average incomes significantly above those necessary to afford living at the Property. Expected population growth of over 10% in each of a one, three and five-mile radius from the Property over the course of the next five years.
Excellent Physical Condition of Property: The third-party Property Condition Report for the Property recognized no immediate repair items, suggesting the Property is in sound physical condition, which could lower necessary capital expenditure and repairs and maintenance during the hold period.
Management

Willow Creek Partners ("Willow Creek" or the "Real Estate Company"), is a privately-held, vertically integrated multifamily investment and management firm based in Reston, VA. Over the past three years, Willow Creek has acquired ten assets, nine of which are in North Carolina, four of which are in Greensboro, NC. Willow Creek has also recently opened an office in Raleigh, NC and upsized their team from seven employees to twelve, including a VP of Property Management, two VPs of Construction, and two Regional Managers. Willow Creek primarily targets multifamily, both conventional and student housing, in markets where economic conditions provide for increased real estate demand and aims to be long term investors in income-producing real estate. Willow Creek executes their business plans by employing a proven investment strategy comprised of three major elements: identifying markets with built-in demand drivers, focusing on secondary and tertiary markets where local knowledge can potentially create a competitive advantage, and unlocking value through rigorous underwriting and proactive asset management. RealtyMogul previously invested with Willow Creek in Hawthorne North Ridge, Lofts at Midtown, and Triangle Park Apartments.

An investment overview of Hawthorne North Ridge can be found here: https://www.realtymogul.com/investment-opportunity/905616

An investment overview of Lofts at Midtown can be found here: https://www.realtymogul.com/investment-opportunity/633421

An investment overview of Triangle Park can be found here: https://www.realtymogul.com/investment-opportunity/477060

In this transaction, RealtyMogul.com investors are to invest in Realty Mogul 110, LLC ("The Company"), which is to subsequently invest in Triangle Park Partners LLC ("The Target"), a limited liability company that will, through a 100% wholly owned subsidiary, hold title to the Property. Willow Creek Partners (the "Real Estate Company") is under contract to purchase the Property for $11.5 million ($95,833 per unit) and the total project cost is expected to be approximately $13.2 million ($110,375 per unit). The Property will be managed by Middleburg Management, a third-party property management firm with an existing local presence in Durham, NC.

The Real Estate Company’s business plan is to implement a value-add strategy by completing interior and exterior renovations at the Property. Unit interior upgrades are expected to include installing laminate wood flooring and refinishing countertops and cabinets as necessary, replacing light fixtures, adding a tile kitchen back-splash above the sink in all units and replacing faucets, fridges, dishwashers and stoves, as necessary. Exterior and amenity improvements are expected to include repainting all the building exteriors and railings, adding shutters to the windows of all units, updating landscaping across the Property and updating the leasing clubhouse. 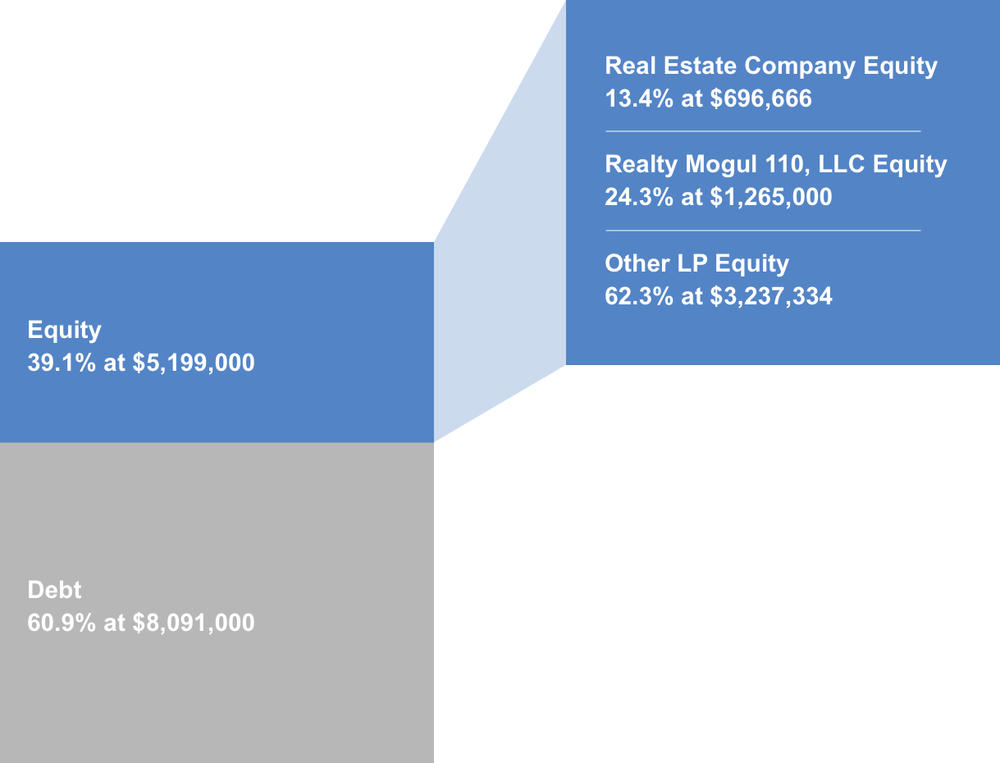