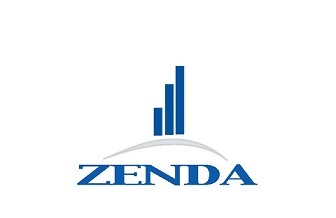 Zenda Properties ("Zenda"), based in Montreal, Quebec, was formed by Gerald Levy in 1992. Gerald Levy is also a lawyer, licensed to practice in both the province of Quebec and the state of Arizona. Mr. Levy has over 30 years of experience as owner, manager and advisor, both in Canada and the United States.

Zenda was formed to invest in and manage real estate in its own name, with partners and with investors. Over the last 30 years, Zenda has earned a successful track record in all facets of commercial office, retail and industrial real estate development and management. They have developed extensive expertise in establishing and managing co-investment relationships. Zenda has been acquiring and managing commercial real estate properties in the US and Canada for over 30 years and has acquired over $125 million of properties in the last 10 years. Zenda currently owns and manages over 815,000 rentable square feet of retail, office, and industrial properties across the US and Canada.

Zenda has the experience and acumen required to deal with the cyclical nature of the real estate market. Whether the issue is a potential investment or finding a solution to an existing real estate problem, Zenda has the necessary hands-on expertise and tools to take the right course of action.  The experience gained as owners, developers, investors, lawyers, managers and consultants gives Zenda a unique perspective and a broader viewpoint of real estate issues and opportunities.

This is the second opportunity for Realty Mogul investors to invest alongside this management team.

Zenda will handle all aspects of the investment including acquiring the property and ultimately selling the asset. Zenda will be responsible for negotiating lease renewals and leasing up the remaining vacant space with a dedicated local leasing agent and focused property management team. Zenda and Realty Mogul plan on holding the property for 5-10 years before exiting the investment but the hold period may be longer or shorter.  Realty Mogul investors have the opportunity to participate as equity stakeholders and earn a share of the cash-flow and appreciation. Investors can expect to receive quarterly updates and quarterly distributions, with the first distribution expected in month four (4) after the purchase of the property.

Waterside Commons represents a unique opportunity to invest in a shopping center in a high-growth corridor that continues to have future growth prospects. The property has existing, in-place cash flow while also offering investors value-add potential through a lease-up program aimed at bringing rental rates up to market values upon rollover.