The off-market nature of the transaction and renegotiation of Kamco's (the "Tenant") lease ahead of Closing allowed TREV to acquire the Property at a +7.0% going-in cap rate which represents at least a 250-bps discount to where fully marketed industrial cap rates are currently in New Jersey. The Purchase Price was contemplated on the current tenant's net square footage, but there is ~48,000 square feet of outdoor storage included in the lease that the tenant is not paying for. Thus, the overall footprint of the Property is much larger than the rentable square feet on the Tenant's lease. This not only makes the per square foot purchase price basis look even more attractive when compared to sales comps, but it also results in greater value to TREV and/or the potential next buyer who can release the Property inclusive of rental income from the 48,000 square feet of outdoor storage (which is customary to charge in this market).

The acquisition plan, which is already underway, is to increase rents to market levels to achieve instant value accretion and secure long-term, stable cash yields. The new lease terms have already been secured by renegotiating the Tenant's lease during due diligence. By acquiring at an attractive basis with a new stable lease in place and implementing institutional ownership/management, upside will be realized instantly upon acquisition given the off-market transaction from a local owner/operator.

The New Jersey Industrial Market has been exceptionally strong over the last five years. JLL's 4th Quarter 2021 New Jersey Industrial Report stated New Jersey had experienced unprecedented levels of rent growth due to an imbalance of supply and demand. The Northern New Jersey and Passaic County Markets have reported sub 2% vacancy rates with a history of low vacancy rates over the last five years. The Paterson Submarket has reported strong market metrics in the previous five years. The Submarket has a current vacancy rate of 1.8% with an average asking rent of $10.47/sf. Occupancy and rental rates are expected to remain strong in Northern New Jersey and the submarket for the foreseeable future.

Investment Highlights
Metro NYC infill location just 30 minutes from midtown Manhattan. Industrial rents have increased by over 41% in the past 4 years alone in the Metro NYC area
Investment has been de-risked with attractive fixed-rate financing and attractive going-in cap rate compared to other NYC metro industrial assets
The interest rate has been locked by the Sponsor with a below-market fixed interest rate through the projected closing date de-risking the recent financial market volatility. The fixed-rate loan includes an initial interest-only period
Long-term lease with fixed rent escalations. The longstanding tenant has been signed to a ten-year lease at new market rate rental rates and NNN lease terms
Six major interstates pass through the region and the Property is less than 1-mile to I-80 connecting the region to the interstate system/NYC and metro area. The Port of NY & NJ’s highest volume terminals are located near the Property in Newark, Elizabeth, and Bayonne. Volume at these local ports have increased and continue to be in the top 3 in the US for total through-put.
The Property is located in an Urban Enterprise Zone, which enables a high volume of products to be sold at half sales tax, as well as other state incentives. These features are difficult to find in the Northern New Jersey market and are attractive for current and future tenants.
Paterson, with its proximity to NYC, is a large submarket relative to the national norm and contains approximately 19.5 million SF of industrial space. Similar to the Metro area, logistics facilities account for the largest component of local supply encompassing about 13.7 million SF. The local inventory pool is rounded out by 5.9 million SF of specialized space. The vacancy is currently 1.8% and has remained well below 4% since 2015.
The Purchase Price of $10M ($152/SF) represents a 7.1% going-in cap rate which reflects at least a 250-bps discount to market cap rates for NJ industrial.
The Purchase Price basis of $152/SF is a discount to other recent inferior trades in the submarket which have traded from $180/SF to $255/SF.
Given the attractive basis, the exit strategy will be extremely compelling whether through an equity dividend via a refinance or a quick sale to realize the value culminated through the basis and renegotiation of the Tenant's lease at Closing. Given the attractive basis, the debt at Closing is constrained by purchase price but upon a refinance, there will be significant cash equity realized resulting in above high cash yields if held long term.
The outdoor storage space, which consists of roughly 48,000 SF, is not contemplated in the Tenant's net rentable square footage in their lease and thus they are not paying for that additional space. With the inclusion of the outdoor space, the NRSF could increase over 100K square feet. There is significant inherent value upon expiration of the Tenant's lease whether via 1) re-tenanting the space and charging a new tenant rent on the additional square footage, or 2) redevelopment of the entire site which would contemplate the additional square footage at demand higher Class A rents. A next buyer would benefit from the upside in collecting rent on additional square feet or potentially redeveloping the additional square feet, resulting in a much greater terminal value.
Management

Timberline Real Estate Ventures ("TREV") is a fully integrated, operationally focused privately held real estate operator and investment manager focused on the industrial/cold storage and residential sectors, having acquired more than $2.5 billion of total investments ($1.1B of invested equity) since its inception in 2012. TREV specializes in the development, acquisition, and operation of industrial, student housing, multifamily, and mixed-use retail/residential communities through a combination of individual, portfolio, and corporate equity and debt transactions.

TREV emphasizes a consistent relative value investment thesis in acquiring core, core plus and value add real estate and creating alpha through intensive hands-on sourcing, structuring, and operating approach differentiating itself from many of its peers. TREV’s Relative Value investment thesis is how they have been successful in sourcing institutional quality assets and applying the same level of innovation, productivity, service, integrity, and most importantly, results, as they did initially over a decade ago yielding alpha for their partners in value add deals through core, urban assets.

The tactical off-market acquisition is a large part of the business plan. By renegotiating a long-term lease with the Tenant at Closing, much of the value accretion will be realized at Closing as the new lease creates strong value enhancement for Timberline’s investors. The Tenant's previous lease ran through July 31, 2024, at $8.40/SF with the Tenant paying all expenses except RET. By acquiring for an attractive basis with a new stable lease in place and implementing TREV’s institutional ownership/management, the upside will be realized instantly upon acquisition given the off-market transaction from a local owner/operator.

TREV has capitalized ~$600K upfront to address deferred maintenance on the Tenant's roof. Over the past few years, the previous Seller has incurred costs to fix certain aspects of the roof. During the first year of the hold, TREV will address the remaining needs for the roof to ensure a well-maintained building for the tenant and the eventual next buyer.

Given the favorable purchase price and basis, the acquisition loan is constrained by the purchase price. TREV has underwritten a refinance scenario after YR 2 in order to obtain higher proceeds on a greater valuation of the Property given the long-term lease and rental rate. Underwriting a refinance strategy at the end of YR 2 and utilizing a conservative 5.0% cap rate for valuation and a 60% LTV assumption, the underwriting assumes a net equity dividend of ~$1.2M, which will, in turn, enhance cash yields starting in YR 3. At the time of refinancing, there will also be an opportunity to entertain a sale given the intense appetite for Northern New Jersey industrial in the capital market environment. At that time, there will be 8 years remaining on the Tenant's lease, which is the ideal amount of time for institutional buyers and NNN buyers. Thus, given the attractive basis and capital market environment around industrial, there will be significant optionality with either a refinance or sale in the short term of the hold.

The Property is 100% occupied by Kamco Supply Corporation of New Jersey. Founded in 1939, the parent Kamco Supply is one of the largest commercial residential building material suppliers in the New York Metro Area. The Company's customers include small to large general contractors, subcontractors, developers, builders, remodelers, and facility managers. Kamco has a fleet of 50 trucks, boom capability of up to 10 stories, and spider forklifts that can speed up delivery. Kamco offers 24-hour delivery, among other services. The Company has four locations in the New York Metro Market. Kamco's location on the Property is their only facility in New Jersey. 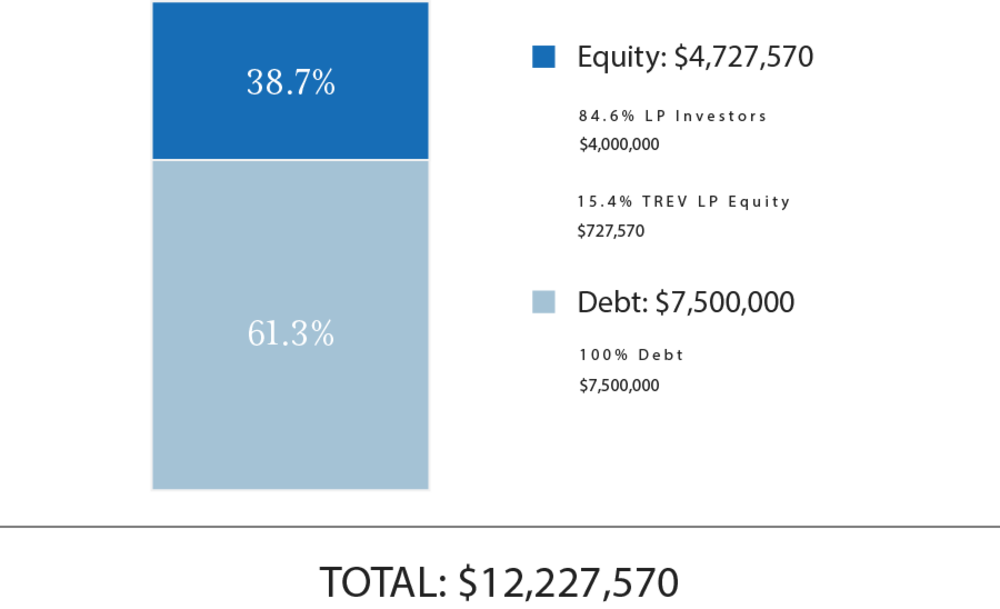