The principals of the Real Estate Company have acquired $1.75 billion of real estate in the Market over their careers and have extensive experience in owning and managing multi-tenant value add flex industrial and office assets, including repositioning of New England mill properties.

The Property is a transit oriented property that is strategically well-located and positioned to leverage its locational attributes catering to local, regional and national businesses seeking cost efficient office and industrial/flex space as well as the ability to draw on large and diverse labor pool and customer base within Massachusetts and New Hampshire

Investment Highlights
Manzo Freeman Development is under contract to purchase the Property for $16/SF at a going-in cap rate of 11.4%.
The Property is located in Lawrence, MA and is part of the Boston MSA. The submarket has enjoyed recent economic revitalization which has translated into a healthy and growing commercial real estate market.
Manzo Freeman Development has budgeted $3,250,000 ($7.62/SF) for capital improvements, including a 10% contingency.
The exit strategy is to sell the Property in five years at an exit cap rate of 8.75%.
Management

The Real Estate Company is acquiring the Property at a $7,050,000 purchase price ($16/rsf), with the investment objective to maximize the Property’s intrinsic value by unlocking its strategic market position and functional potential as an institutional-grade mixed-use office and industrial flex property.

The Property is currently 80.3% occupied with strong cash flows. The business plan includes the acquisition, rehab, and repositioning of the Property. The Real Estate Company will spend $3.3 million on building renovations and capital improvement costs (including a 10% contingency), $3.6 million on tenant improvement and leasing costs, and $1.4 million in soft costs.

Per the Real Estate Company, the current owner is the second generation of family ownership and has not maximized occupancy, increased rents to true market potential, or improved the overall building in a broad manner as an institutional owner would. The Real Estate Company is highly experienced at institutional leasing, asset and property management and plans to bump occupancy from the current 80.3% to a stabilized 89.5% during the hold period. The Real Estate Company plans to renew most leases to three to five year terms, vacate weaker tenants, and increase rents for tenants whose rents are under market during the first few years, through a tried and true program of partnering with tenants, building a true sense of “community” and investing in tenant spaces, common areas, and systems. The Real Estate Company's Year 1 base rent assumes rental income mostly from in-place tenants and assumes nominal rent from leasing of vacant space. The Real Estate Company has underwritten rents as follows: $12-14/SF for office (compared to market at $19-20/SF), $7.25/SF for industrial (compared to market at $8.50-9.50/SF), and $15/SF for retail.

The business plan calls for a five-year hold, at which point the Real Estate Company has underwritten the Property to be sold for approximately $18.5 million ($43/SF) at an 8.75% exit cap rate.

Note: an integral component of the deal was the bifurcation of the subject asset, Everett Mill, from the adjacent historic Stone Mill, also owned by the current owner. The Stone Mill is an approximately 100,000 square foot iconic mill property on the National Historic Register that has fallen into disrepair. The Real Estate Company was strategically able to procure a buyer and negotiate and structure a favorable deal to re-sell Stone Mill, simultaneously with the closing of Everett Mill, to one of the largest, most respected housing developers in the country. The developer plans to invest upwards of $40 million to transform Stone Mill into 90 +/- mixed-income housing units that will greatly enhance the overall mixed-use campus feel of the combined properties. The post-closing business plan and financial assumptions exclude the Stone Mill component.

These amounts are subject to change at the discretion of the Real Estate Company. 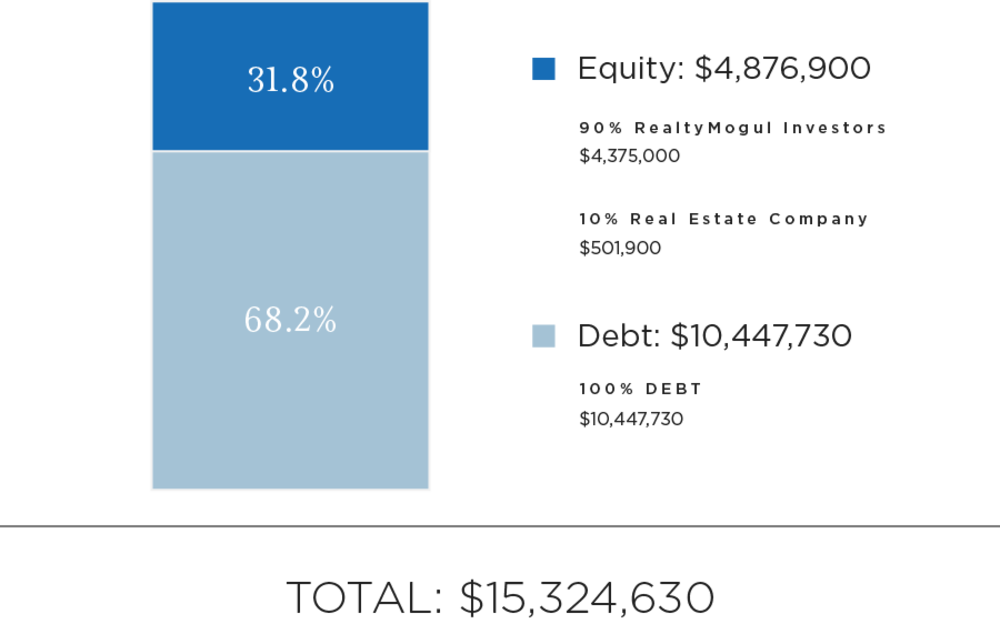